5 Lessons Learned for Entrepreneurs from the World Champion Chicago Cubs

It’s surreal to see history being made so here’s what I picked up along the way.

5 Lessons Learned for Entrepreneurs from the World Champion Chicago Cubs

1. Success is an Emotional Process – one of the most recurring topics that kept being brought up was the handling of emotions. Even first baseman Tom Rizzo went up to veteran catcher David Ross for advice, a player who has been-there-done-that with previous teams and experiences, on putting himself in a “glass case of emotions”. After all, it is the World Series Game 7 and EVERYTHING is on the line with EVERYONE watching!  It’s EVERY kid’s dream! Surreal wasn’t enough of a word to fully capture the emotions of being in this moment as a player in the game vs a fan in the stands.

“The team that can best handle their emotions will be best to win this game!”

Starting a new business, making a bold decision to step out on your own to follow your gut, spending evenings and weekends to build your dreams will take you through a deep emotional process. You are faced with decisions to keep putting your time and money on the line bringing major eebee-jeebees in your stomach to go along with it.

This is simply doubt, fear, thinking you’re gonna look stupid and temporary disbelief runs through your mind. It can even physically affect you.

The naysayers will pour on their comments to highlight your mistakes, or that you are about to make, along your entrepreneurial journey. This is where you have to trust yourself, seek and surround yourself with the right advice. You’ve got to believe that no one else is going to win for you, that you must get the work done yourself. Everyone wants success but very few are willing to trust and go through the process, which includes relentless confidence in trusting yourself.

Processing issues and minimizing distractions separate the good from the great and allow you to build positive momentum.

2. Momentum is a Precious Thing – after a strong win in game 6, the Cubs started game 7 strong and got off to an early lead. They weren’t sitting back, they were attacking and kept the foot on the gas. I held my breath when Cubs Manager, Joe Maddon pulled starting pitcher Kyle Hendricks, thinking it was a bad idea. The new pitcher for the Cubs Jon Lester then allowed a base hit, threw a wild pitch and allowed the Indians to score another two runs.

Thankfully an act of God came in the beginning of the 10th inning when the grounds team put the tarp on for a rain delay. That’s where the Cubs held a quick team meeting and told themselves, “Forget what has happened up until this point…it’s a brand new start. Let’s come out swinging”.

The Cubs then scored, held on with their defense, finishing in victory making this move of switching Hendricks with Lester, almost forgotten about. Had they lost, this would have been talked about everyday for at least another several months followed with the fated saying, “wait till next year”.

“Don’t do anything that makes your enemy happy.”

In business, you’ll find the early victories in between the things that don’t necessarily go your way, that keep you in the game. You’ll close some early deals, shake the right hands and even make a little money. However, don’t think you have to get cute and change things around right away. Momentum is built up doing more of what has been working, over and over. Most make the mistake of taking it easy, taking the foot of the gas, adopting completely different practices as an experiment, depending on just several key clients or accounts while not cultivating further business development.

Your competitors want you to stop, to quit grinding, to take a long vacation, to wake up later and later everyday, to stop innovating and creating. They want you to at least take it easy doing what you are passionately doing well, even start listening to advice from others who have not been where you have.

Keep going, don’t let up and RIDE the momentum for as long as you can. If winning in business is paramount to you…there IS no next year!

3. Nothing Worth It EVER Comes Easy, or Cheap – here’s one I got after observing fan behavior. After 108 years of a championship drought for the Chicago Cubs, the fans were willing to do anything to get in or around the ballpark. It’s amazing what fans will do for their favorite team.

Standing room tickets in Cleveland were going from $750-850. If you wanted a seat, double that to $1863 per ticket. And this is not including the cost of travel where many fans got on the road, or in the air, between Chicago and Cleveland. I can only imagine how difficult it was to find a place to stay at premium rates, eating on while on the go and of course, snatching up memorabilia and souvenir Cubs gear.

And what about those calling off work, taking vacation time or not working their normal hourly wage just to be part of this World Series experience that has evaded Chicago Cubs fans for over a century?

Well, the only reason why anyone would do such a thing and invest time, money, resources and pull in favors is because they felt it was WORTH IT to be part of this history.

Hopefully this paid off and in some way, changed the lives of such devoted Chicago Cubs fans. Long term I doubt it, outside of saying, “I was there and here’s what I got!”.  But short term, I know it must have been a blast grabbing some killer photos, videos and social media updates.

As an entrepreneur, you have to be willing to go ALL IN assuming you are clear on why you are doing what you are doing. Cubs fans had clarity in being part of history and put their actions and MONEY behind it. This is what any entrepreneur must do, getting emotionally connected to their endeavor when logically it doesn’t make any sense at all.

If Cubs fans can find the time and money to attend the World Series when most people in America are living paycheck to paycheck…there is NO excuse for any entrepreneur who is ABSOLUTELY COMMITTED to their success to do whatever it takes to make their dreams come true and live the life they’ve always wanted.

As an entrepreneur, saying you don’t have time or money to start your business or expand on your current one is a flat-out excuse and cop out.

4. Gotta Be Willing to Go Fight in the Extra Innings – as Game 7 went into the 10th inning, it was a test of endurance both physical and mental. It’s been a LONG season, a long playoff run and now, the last game of a seven game World Series. The game is tied up and it’s all about heart from here.

Who wants it more? Who is willing to make the adjustments? Who is willing to not let their ego get in the way of helping the team win? I can only grossly speculate what was said in that team huddle in the locker room during the rain delay before the 10th inning began.

But champions show up when it matters most. The skill set from each team is pretty well evenly matched and the desire from each side got the score tied up.

What will separate the entrepreneur from the “wanna-be”, “want”-trepreneur is what you do when you are mentally and physically exhausted. What is your default setting and automatic decision when the pressure is REALLY on? Take it easy, rest…or double down and rally?

And the 2016 Cubs did rally…and brought home what hadn’t been done for 108 years. They made their mark in history and they’ll probably never need to buy a drink again in Chicago for the rest of their lives.

Business, unlike a baseball game, isn’t done in several hours. However, it will cause you to make many decisions stretched out over time that feel like 10th innings over and over again. Just know that most rational people will sit it down and pack it up. But if you want the rewards of entrepreneurship to bring your family something it never has, well, you better grab your bat, gloves and rally to the plate!

5. Everybody Wins When There’s a Winner – an entrepreneur helped rebuild, reshape and lead the Chicago Cubs back to victory. When the Ricketts family purchased 95% of the Cubs from Tribune Co. for $845M a new era, tradition and standard of winning began. By the way, the Ricketts make their fortune in the financial services industry and many of you may have heard of their online brokerage firm, TD Ameritrade.

(Personal note – this is the same TD Ameritrade that sponsored the first ever personal finance reality show in where I represented Chicago as a financial coach for 2 seasons, The Invested Life.)

Winning for the Chicago Cubs organization wasn’t the paramount objective when Tom Ricketts took over. However, when an entrepreneur takes over that is used to high standards and a winning tradition, everyone will be expected to raise their game. And who better to help raise the game than recruit the baseball executive that did it for another team that had another long-tenured championship drought, than Theo Epstein of the Boston Red Sox.

Behind closed doors, winners can tell if they are talking to another winner. Behind closed doors, a winner can feel the intensity, discipline and commitment one has to their craft…and if they are up to the challenge in building a world class, championship organization. Sure it didn’t happen overnight…but after 5-6 years later a World Championship has been earned and returns to the Chicago Cubs.

You know who else wins? How about the business community surrounding Wrigley Field, the city of Chicago, the new businesses that pop up to serve the demand of new fans and returning fans from here on? The restaurants, real estate market, tourism, mom and pop shops, etc will all benefit from the Cubs continuing to win into the future.

Curses, myths and limiting beliefs are all meant to be broken and were never true to begin with. Winning ensures that.

Whatever your reasons for becoming an entrepreneur, starting a business or freelancing on the side, you have GOT to win in business. Your decision to not play small and step up big in business will bless not only you and your family, but has a ripple effect far beyond your initial thinking.

Who knows what innovation, disruption or unique experience comes from your business endeavor when you decide to play at the highest levels of excellence and execution? You break cycles of poverty, lack of money and possibly even create generational wealth.

Sure beats a traditional 9-5 or as in baseball terms, playing in the minor leagues.

The culture of losing, settling, accepting “good enough” will take a lot longer to get rid of than you think. For the Cubs, it took over a century to eliminate.

Do you have that kind of time? That’s why it’s so important to begin and maintain a winning tradition as the standard.

The path to a championship business life, as it is reflected upon the platform of the 2016 World Champion Chicago Cubs, is definitely not a straight one.

From what I can tell, it takes strength to keep your eyes fixated on long term success while keeping the short term progress moving forward. Soon enough, you’ll have a transformation or rather, a championship on your hands!

I’m curious to know what other business lessons for entrepreneurs you picked up as you experienced the Chicago Cubs win the World Series. 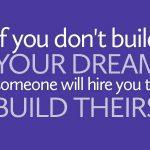 What It Takes to Live Your Dream – 3 Steps to Follow 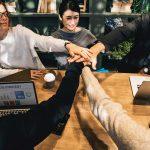 Discover The 3 Pillars That Took Me From Hopelessly Broke To Multi-Millionaire In 3 Years!

Hey There! How can I help You?
Start Chat